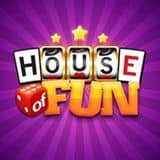 When it comes to pokies, there are two sides of the proverbial track – social pokies, and real-money pokies. Every player will have their own preference as to which game they prefer but for those who might just be getting started, understanding which version of the game is best for you can help you hit the ground running. From the anticipation and thrill of a real-money slot to the cost-less fun of a social one, both forms have their pros and cons. Here’s what you need to know to determine the best one for you:

What Are Real-Money Pokies?

Real-money pokies, or slot-machines, are precisely what the name suggests. Any slot or poker machine, whether in-person or online, that requires you to deposit cash to play is considered a real-money pokie and are some of the most popular gambling forms across the globe. These machines reward players with real money too, which is the core play incentive for those opting for this as opposed to a social slot. It’s the possibility of winning back the money invested that keeps players hooked, spinning again and again to capture the thrill of a win.

What Are Social Pokies?

Social pokies operate in the same manner as a real-money one but don’t require any cash deposits. Instead, you’ll be given free cash sums, credits or spins in order to play, earning virtual winnings as you go along. These games are often free to play, but newer variations on social games offer in-game purchases to enhance your success in the game. Players can invest cash to get extra bonuses, coins, power-ups and more, however, it’s important to remember that you won’t get any real return for this investment.

With money (or not) at stake, those wanting to get started in slots want to know what they’re getting into and understanding the positives and negatives can help them do precisely that. Let’s start with the positives:

This one is a bit of a given – when you play real-money pokies, anything you win is yours and can be withdrawn into real, spendable cash. Each time you deposit money into a slot machine, or on a video slot online, this cash becomes playable but, unlike social slots, your winnings are yours to keep.

Studies suggest that, while the thrill of winning money is a driving force for some players, it’s not the leading reason that people flock to the pokies. In fact, it’s suggested that around 27.5% of all pokies players were doing so seeking excitement, and 25.5% were doing so for relaxation purposes. While these two emotions seem to contradict one another, it’s actually quite a logical result; The positive experiences can release endorphins that either produces excitement or relaxation dependent on the player!

With real-money pokies come real-money bonuses! Most slots providers will offer either free spins or deposit bonuses and while these can come with minimum deposit requirements, are a great way to essentially play using ‘free’ money. Withdrawing these bonus deposits isn’t always possible, so it’s important to check with each game or provider before you play.

Social pokies offer you the chance to try out a game without having to invest a single penny. Most social pokies are easy to play and light fun that offer all the thrill of a real-money casino without the risk of losing any money. Whether you’re trying your hand at a game for the first time or simply don’t have the money to bet, social pokies are a great alternative.

As mentioned before, social pokies are free to play. Some allow for in-game purchases to enhance or help your success online, but this isn’t required in any case. Most social pokies will offer you daily bonuses or allowances, whether that’s in spins, ‘cash’ amounts or credits, that you can use to play. These will then be reset or added onto what’s left from the day before, meaning you can keep playing without the need to spend a penny.

While the winnings might not be withdrawable, the RTP in social slots is far higher in most cases than with real-money slots. For this reason, the emotional payoff is often more prominent. By changing up the size of the bet or the number of pay lines, you can completely change the proverbial RTP, improving your chances of securing the win.

With the pros, come the cons and when it comes to real-money and social pokies, it’s important to be aware of these before you choose your game. The cons are:

Regardless of what your budget is, you will always reach a point where you need to stop playing. Whether you’re nearing the end of your budget, or have other purchases you need to make, money creates a limit and for those playing for the sake of relaxation or emotion, this will limit the time you can spend doing so.

Any casino or online provider needs to make money and for this reason, the odds of winning are often lower than in social pokies. Within a social game, the aim of the provider is to hook players using the thrill of a proverbial win, while real-money pokies tend to focus on the anticipation of a potential win and, of course, the monetary prize. For this reason, the odds of a win can be lower, but the rewards are higher.

You’ve hit the jackpot – congratulations! The issue is, in a social pokies game, you can’t withdraw those winnings. For a lot of players, this can put them off of trying social pokies at all, but for those on a budget or who simply want to enjoy the allure of a slots game without the risk of losing money, the lack of monetary winnings can make it worth it.

Thousands of providers produce real-money pokies on a regular basis, but until recently, social pokies haven’t seen quite the same level of production. Social slots developers tend to earn their money from ads and in-app purchases and previously, this hasn’t been enough to warrant making the game. The immense popularity has led to the rise in production, but there’s still quite some way to go